“There is no real ending. It’s just the place where you stop the story.” ― Frank Herbert

Earlier this evening I stumbled across my blog (strange, but true) and spent a couple of hours reliving the wonderful adventures I shared with Sadie and Luka.  I started this as a knitting blog, but let’s admit it:  this is a dog blog starring these two crazy canines. 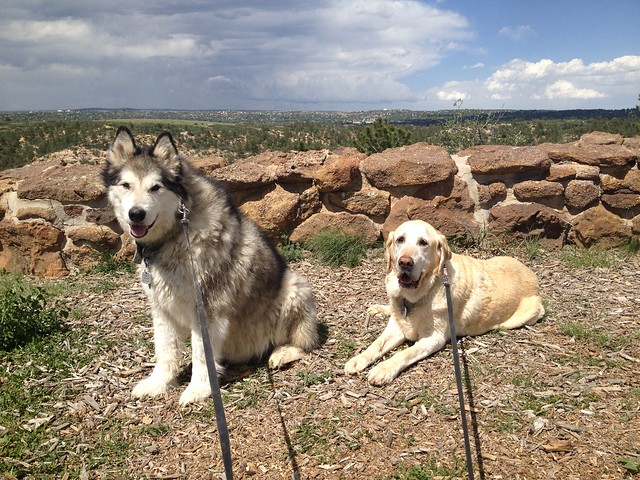 I realized as I was reading that I literally just stopped this blog.   Sadie, Luka and I didn’t stop our adventures and I didn’t stop taking pictures of them, but I did stop documenting our lives.  I’m so glad I recorded all the years that I did because Sadie and Luka are both gone now and reliving our adventures brought back so many happy memories and it made me smile.

I’m a fan of symmetry and a bit OCD, so reading the last couple years of this blog and seeing that I just stopped it abruptly bothered me.  So, I decided to write one last post.  I have no idea if anyone will read it but I wanted to put a bookend on this blog.

I also wanted to provide the final chapters in the stories of Sadie and Luka.   I didn’t have many readers of this blog but my regular readers were always so kind and seemed to enjoying hearing of our adventures.

In November of 2014 Luka was diagnosed with a liver tumor.  This tumor was likely caused by him being poisoned 18 months before.  Several dogs in my neighborhood were poisoned and Luka was the only one that survived (thanks to a very expensive week in the ICU).   The perpetrator was never caught.  I was blindingly angry for awhile but I realized at some point that I’m somewhat grateful he/she was never caught as I may have done something to that person to land myself on the wrong side of the law. 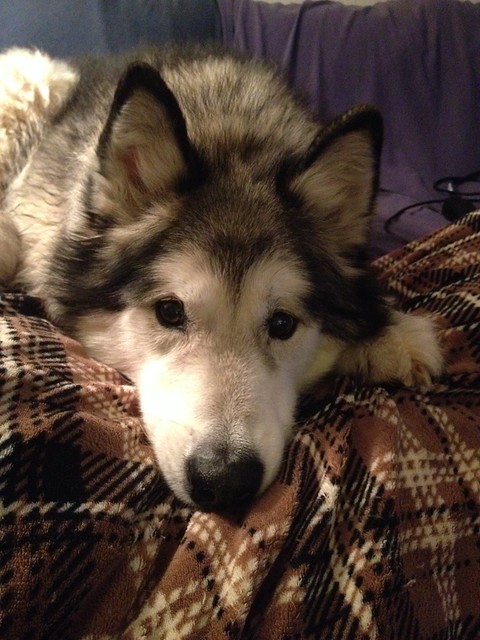 My ornery boy was an overachiever until the end.  When he was diagnosed two different vets told me he had 3 months to live.  If I was lucky.   He lived 7 1/2 months.   I’m most happy that he was symptom free and his usual bouncy self until the last couple of days.  We had so many adventures those last months.   I’m actually grateful that I knew his time was drawing to a close because we did things I otherwise would never have done:  visiting the dog park in sub zero weather, hiking in a torrential rain storm, going to the swimming hole twice a weekend, etc. 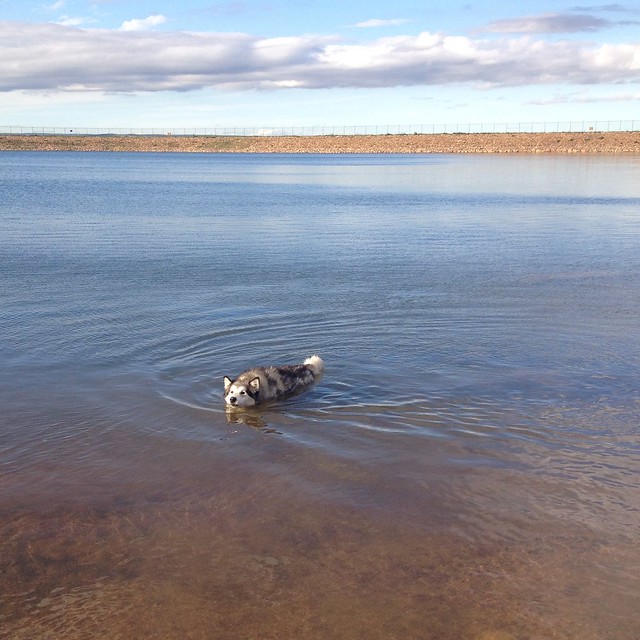 He was only 9 (maybe 10) years old when he died and still completely active.    I was determined to pack as much as possible into those last months.   I think I succeeded.  This picture was taken during that time and completely captures his personality. 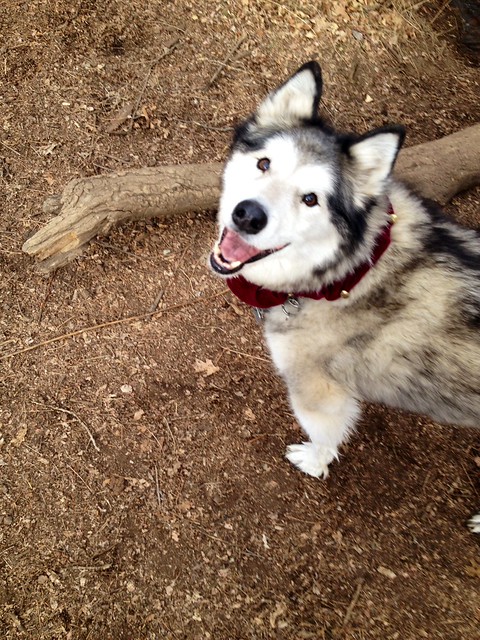 When Luka died Sadie was 12 years old, slowing down and starting to accumulate various health challenges.    Our trips to the dog park became a little bit of walking and a lot of sitting together in the sunshine, watching the other dogs play.   We also started spending afternoons at parks relaxing beneath a tree.   Around the time she became 13 it was nearly impossible to get her into/out of the car so we became homebodies and spent our hours quietly hanging out at home.   While it’s always sad to see a dog lose their mobility, I’m always grateful that they’ve lived long enough to become elderly.  There is something so sweet about an old dog. 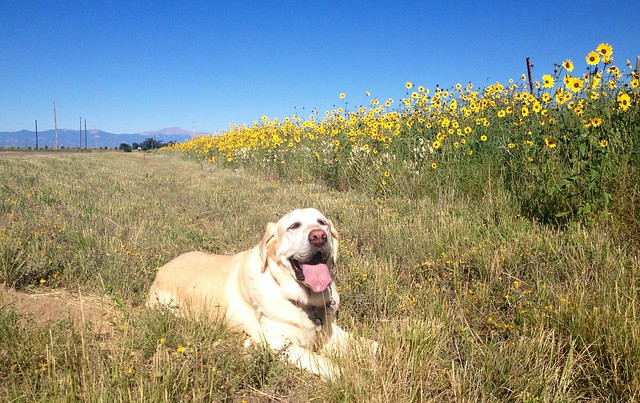 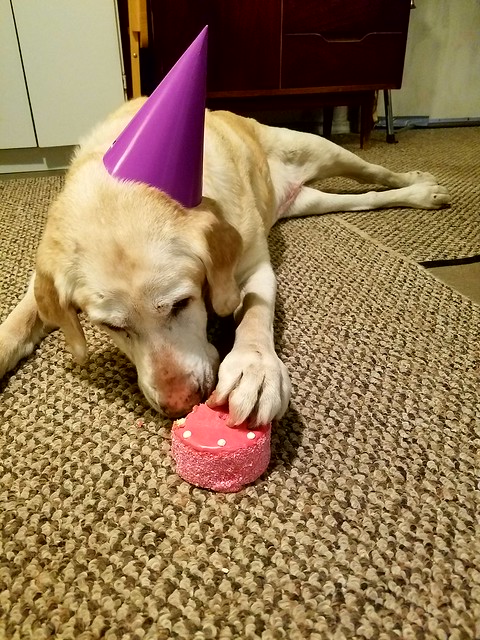 I’m so glad I did because she died three weeks later.

Since that awful day last April I’ve been trying to figure out who I am since for the last 19 years I’ve had one (and usually two or three) dogs.   For various reasons, I have not adopted another dog and do not plan to do so in the foreseeable future.   I’m sure I’ll one day own another dog, but it’s going to take some time.   Sadie’s death broke me in ways I never thought possible.    I’ve loved and adored all of my dogs, but she was different.  She was special.   At this point, no dog can live up to the legend of my sweet Sadie. 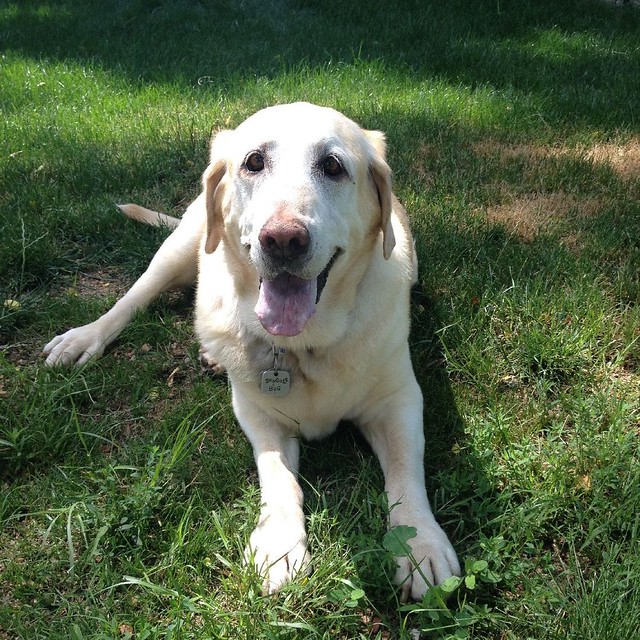 Now I will bring this Sadie and Luka blog to a close.   Thank you to everyone who read and commented over the years.  I appreciated each and every word you wrote.   I’ve thought about my regular readers over the past few years and have wondered how you are doing.  If anyone is still blogging or active in other ways online feel free to leave a comment or drop me a line (runswithneedles at gmail dot com).

“No amount of time will erase the memory of a good dog.” 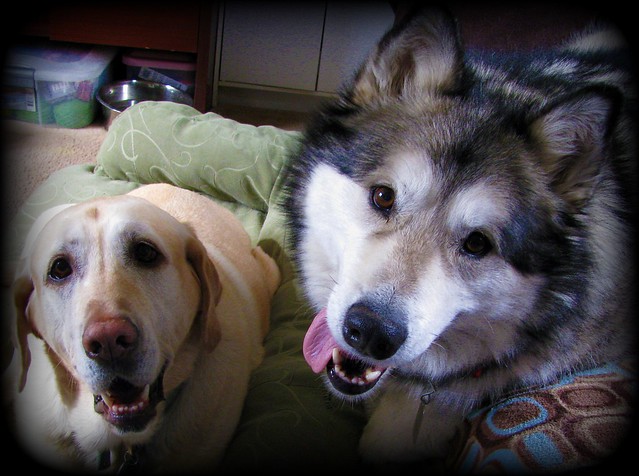 I Knit A Mile High
Previous | Next

The Knitting Path
Previous | Next